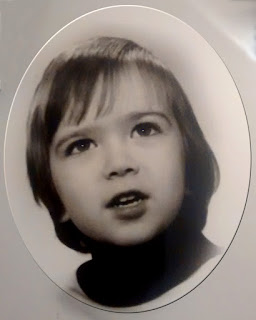 Over the years I've been fortunate to meet a lot of talented people and play some music...

I hung out with many of the 'usual suspects' in High School but kept music close to me and spent a big part of that time in my basement making noise/dubbing tapes listening to records and playing some guitar. It was my older sisters 'Songs of Lennon and McCartney' book that taught me the basic chords and my brothers 'Frampton Comes Alive' record that gave me a guitar idol (before I could play).
I soon started discovering bands/records on my own and taking some guitar lessons.
After high school I made a move to Hamilton and started getting involved with Music.
A couple years out in Hamilton, then a move to Toronto and now back to Hamilton...
Over the past (nearly 20) years of playing/recording/touring I've been lucky to play with many Canadian (and International) artists whom I really respect. Some of them include...

Through the years these people have given me the opportunity to tour North America, Europe and Japan along with multiple radio/television/internet broadcasts.

Along the way, I had my own 'power trio' called The Sterling Moss - we have an E.P. and may re-release it someday...

My love for noise/ambience/improv created the birth of the Planet of the Loops - an all improvised event featuring different artists looping sound from various sound sources. The 'Planet' is celebrating 15 years this year (2013). The loopyness has allowed me to perform at the World Looping Festival in Santa Cruz California too.

More recently I have ventured into another musical love for me - production/engineering. Having co-produced a track off Alex Baird's CD many years ago, co-produced Mary Simon's last record,
And produced BuckShot Bebee’s “Merchants of Youth” and Duane Rutter’s latest record “Crazy Things”

My time, these days, have been taken up with "Mississippi Bends", an Alt-Country/North-Americana project with Mary Simon... you can learn more here.

I plan on using this 'Blog' format to write about various 'bits and bobs' from the last many years... sort of like an extension of a 'biography' and as a substitute for a real web site.

Tune in for more detailed information/stories from working with many of the artists mentioned above.

Energy Made Audible
I like noise... especially noises that were created by bands during the 70's and captured on 2" tape then pressed on to vinyl... or electronic noise, or chance/found/random noise... ambient, dark, poppy, atonal... as long as it's sincere and real noise...